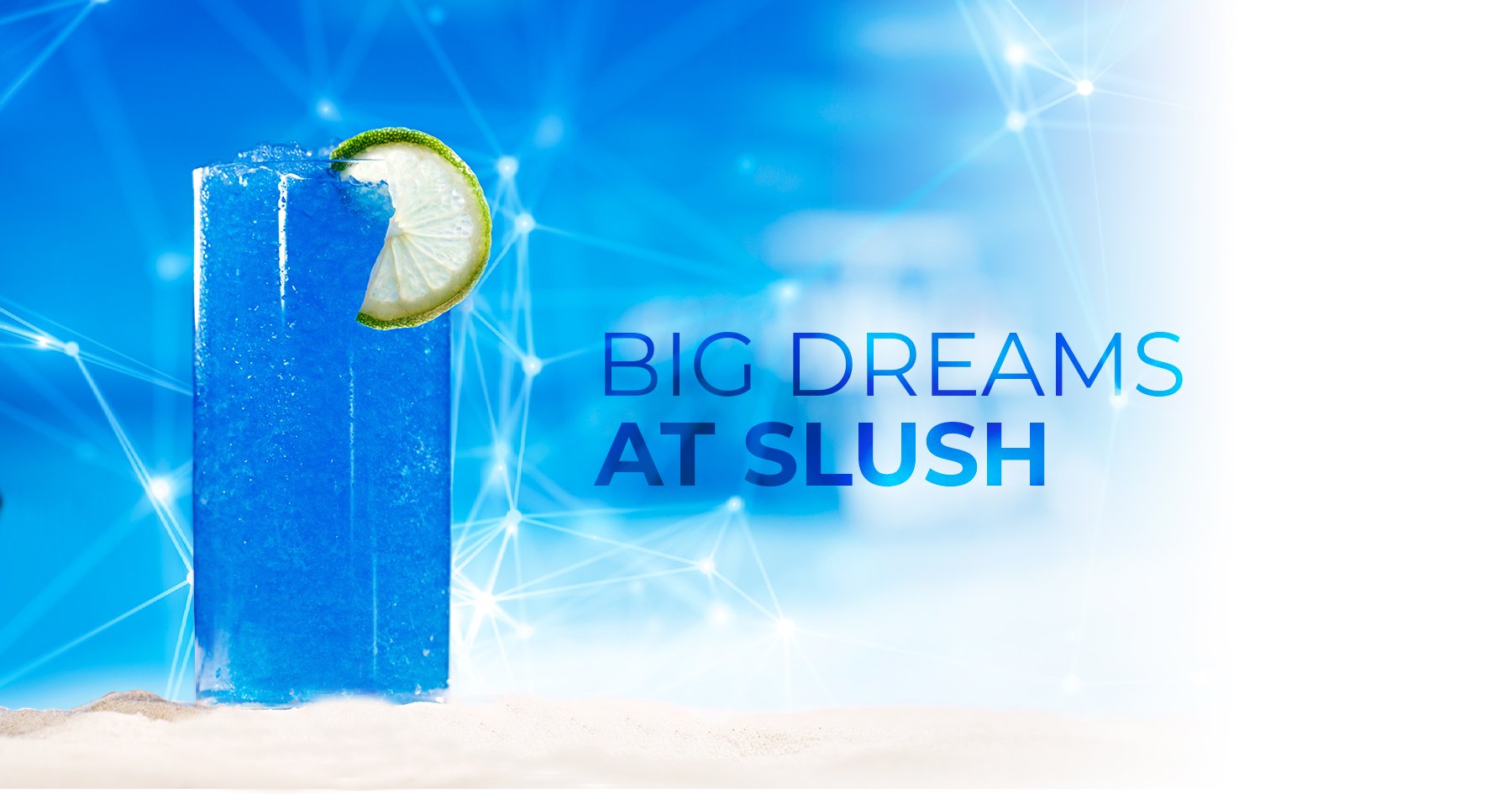 SLUSH, the biggest tech startup event in the Nordic countries, took place some weeks ago here in Helsinki. Over 3,100 startups and 1,800 investors met at SLUSH this year. Throughout its history, the event has played an important role for many start-ups in Finland - and for us, too.

It has already been more than five years since the moment when four guys found their opportunity at VTT Technical Research Centre of Finland. The technology they had been involved with was getting very mature and quite popular, so these entrepreneurship-spirited people decided to start a company together. And SLUSH just happened to be the place where we – these four enthusiastic guys - originally made our first promotions and elevator pitches for investors.

Much has happened since those days when we wrote down “50M€ in 5 years” in our business plan. Already then, SLUSH was an amazing event for us because it put us in the middle of a huge buzz of enthusiastic founders and investors. It was almost obligatory to start talking and pitching to anyone standing in the coffee queue!

This was also the year when Supercell had just made it big time with Clash of Clans and Hayday and had made an enormous partial exit. This lifted up the atmosphere even higher and I remember counting while standing at our stand that even though Supercell was the main party organizer, it would only cost them a third of their hourly income. This kind of money had never really moved around in Finland’s new start-up scene and everybody could feel the excitement.

Eventually after vigorous pitching rehearsals and fine tuning on strategy, in 2014 we managed to raise our seed funding at ca. 1M€ with three VC’s. (If you want to read more tips about how to do this, please go read my blog on the topic. We soon got our first customer and were off! The first four items we got for our first small office were a printer, some office desks, a climate chamber for product testing - and a sofa.

We gradually grew our activities, hired a few people, but things were not moving as fast as we had hoped for. We realized that we needed to start a new funding round and tune our strategy to not deliver only hardware but add some intelligence to the mix as well.

We also needed to center our product portfolio. So, we made a wireless material analyzing demo – small device, a bunch of textile and plastic samples and a tablet with software – and returned to SLUSH again in 2015. It was a great event in all aspects, and not least because we managed to find our next investor ‘cold’, just walking by the startup stands! The stand was so busy the whole day, that at first, we didn’t even pay much attention to this person. A few months later he jumped in with some additional funding from the old VC’s. I think that this is a real reference to SLUSH - it really isn’t just hype, but a real place to make investment contacts.

Sky is the limit

After receiving this new funding, we started executing our new strategy, grew the team to more than 20 people and started getting more traction and also a more concrete way towards being the Supercell of spectral sensors. We were, and still are, in a quite unknown field of technology, and there’s lots of room to grow.

This did not go unnoticed by the German photonics company Nynomic AG, who saw a strategic opportunity to expand their business with this next generation of small, intelligent material sensors, which they could not access otherwise. The founding team saw a great opportunity to have not only financial security for the growth of the company, but also a big increase in the value of the brand and the vast industrial networks that could be accessed.

So, in May 2018, Nynomic AG acquired 75% of the shares, invested in our company and set the sky as our only limit!

This year I was at Slush again, but this time on VTT’s stand. VTT has just launched an incubator platform called VTTLaunchpad, and I agreed to be there to share people some experiences from along the way. It was nice to meet old colleagues from my VTT times but also see other success cases created from the research done at VTT. It was also inspiring to see those 3000 start-up and growth companies and share our learnings and dreams with them. Like always, there were plenty new stars being born at SLUSH.

The company that really made a big impression on me this year was Finland-based ring company Oura Ring. They have been able to integrate a human monitoring system to a ring! So cool. This shows us how different kinds of measurements will be present everywhere in our lives in the future. This is a vision that we share with OURA.

SLUSH was great like always, but this time I reflected a lot back on the past 5 years instead of pitching for funding. And what 5 years have they been! Ok, we did not quite make 50M€ yet, and did not reach “the Supercell level”, but we have done many things right, we have tried a lot, learned a lot and found partners that have a strong belief in us, and eventually gotten into the right curve.