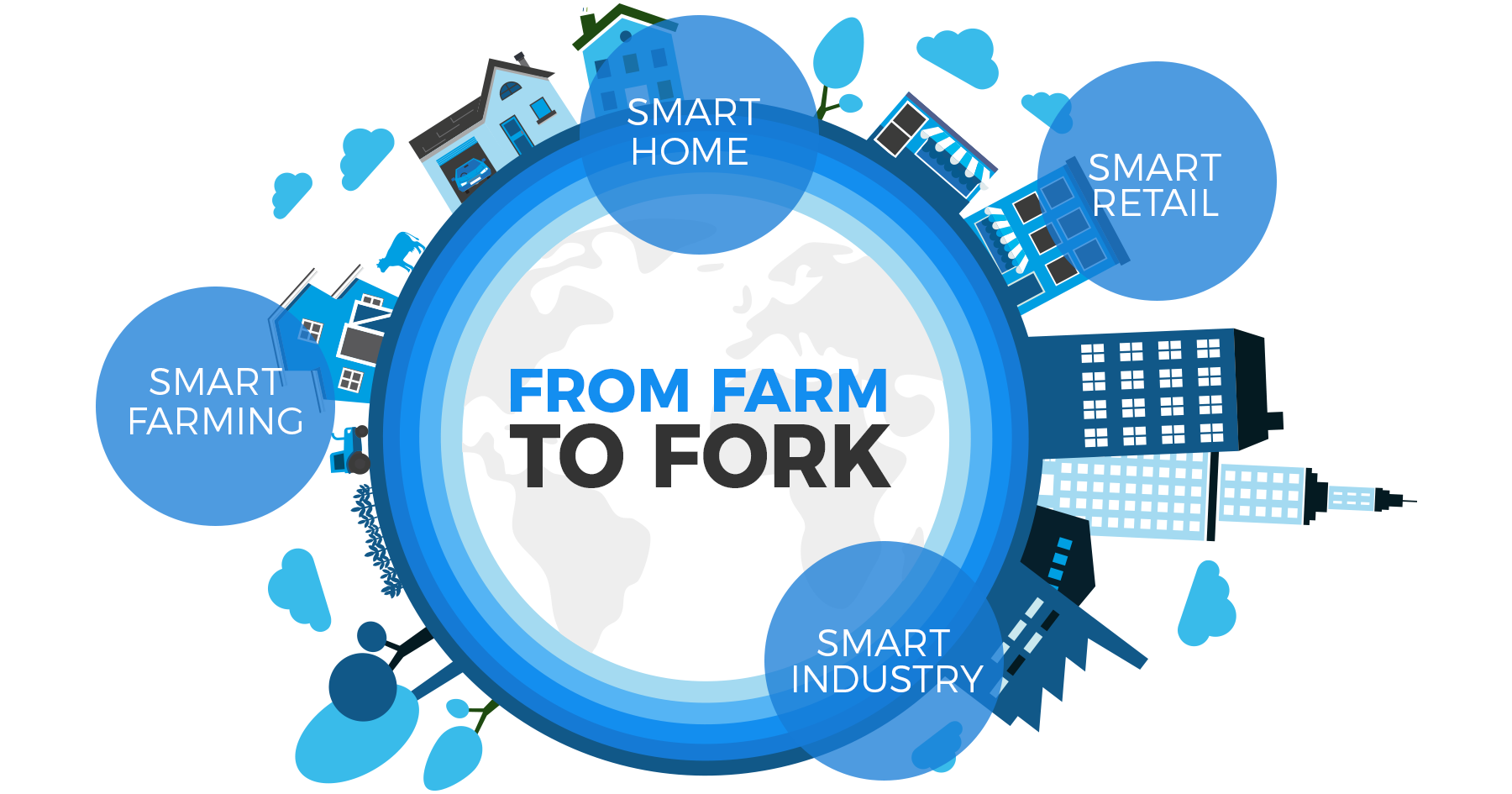 “How do we ensure there’s enough food for everyone in the future?”

This is a highly relevant question that deserves serious consideration from all of humankind. According to a prediction by the UN, the global population will reach approximately 8.6 billion by 2030 and a staggering 9.8 billion by 2050. The annual rate of population growth is about 83 million. Estimates suggest that the current production capacity and raw material reserves are not enough to feed everyone. Substantially increasing the efficiency of food production under the principles of sustainable development will be a crucial issue for humankind within our lifetimes. Sensor technology will play a very important role in this development.

How can sensor technology be utilized to meet these growing needs? Developing sensor technology makes it possible to measure the quality of food throughout the production chain, from raw material production to the end user, or “from farm to fork”. The monitoring of food quality starts from the basics of agriculture on the fields and continues through the various stages of production, all the way to the consumer’s plate. Modern material identification can already be utilized at many measurement sites to produce more information for farmers. Its applications range from soil analysis to optimizing fertilization and taking measurements of moisture in grains and the quality of milk. In addition to intensive agriculture, spectroscopy is also utilized in food manufacturing and processing.

One new dimension in the use of sensor technology is extending quality measurements to include the food logistics chain. One of the best-known projects in this field is the MIT-coordinated Internet of Tomato project, which presents new concepts for food quality measurement. In addition, several companies have developed their own concepts and next-generation measurement devices that may enable the broader use of sensor technology in households as well. The EU even organized the Horizon Prize competition to encourage companies to innovate even better and more cost-effective measurement solutions for consumer use.

The history of food quality measurements with infrared spectroscopy

The use of infrared spectroscopy in measuring food quality goes back several decades. It is a long trajectory that began several decades ago with the pioneering work of Karl Norris in the United States. He began his research by focusing on monitoring the quality of eggs. His perseverance led to the introduction of the first NIR application for monitoring grain quality in 1962. The first commercial version was developed by a research team led by Phil Williams in Canada. Practically all of the current development in the industry can be traced back to the work of these two trailblazers. However, I don’t think the pioneers of the industry — such as Norris and Williams — believed that technological development would reach the point that we can see today.

Spectral Engines has an important role to play in this development. Spectral Engines works together with its research partners and business partners to incorporate next-generation sensor technology into the digital transformation of agriculture. The information obtained from spectral sensors regarding the nutritional value and constituent parts of food will be available in real time to the farmers of the future, allowing them to utilize the data in their day-to-day operations.

IoT and the future of the potential uses of sensors

In the future, sensor connectivity and IoT will further increase the potential uses of sensors, reduce development costs and significantly shorten development times. It has been suggested that, in five years, the number of IoT devices can increase by as much as 75 million units in agriculture alone. This means that the future of agriculture is close at hand and it’s safe to say that the “From Farm to Fork” revolution has already begun. In addition, the new opportunities presented by the digital transformation will further accelerate this development to a significant degree in the next few years. The latest innovations in the industry are currently on display at the Agritechnica trade fair in Hanover, Germany.

The global need to increase the efficiency of food production will drive development forward to a significant extent in the coming years. As the rate of development increases, food production, processing, logistics and food quality measurement throughout the food production chain will present even more new business opportunities for companies in the sensor technology business. Little did industry pioneers Norris and Williams know how extensively their life’s work would one day be utilized in all aspects of food production and consumption!